Collections inspired by the power, beauty and charisma of the most influential women in history - Theodora.

Theodora, the Byzantine empress, wife of emperor Justinian I, was the most powerful woman in Byzantine history. Her intelligence and political acumen made her Justinian’s most trusted adviser. Theodora believed in miaphysitism, which holds that both divinity and humanity are equally present within a single nature in the person of Christ, a controversial and non-orthodox Christian doctrine in 6th century Byzantium. She was one of the first rulers to recognise the rights of women. Our collections draw inspiration from the three attributes of the magnificent Theodora: power, beauty, and attitude. Celebrating this grandeur, we present the three golden art chronicles infused with the majestic Indian arts of all time. 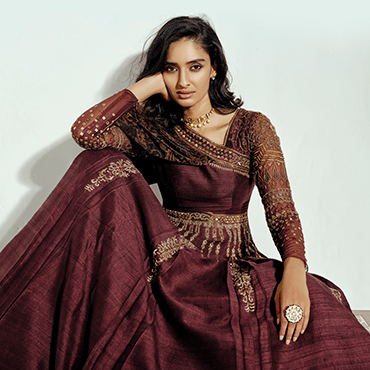 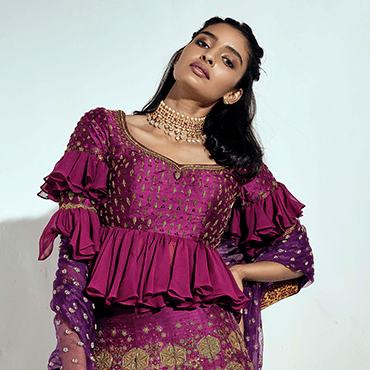 OTTOMAN ART AND MUGHAL ART Rich heritage of the royal eras with the opulence of art and architecture. VIEW MORE

ART DECO AND ART OF JAMAWAR The culture and art of the bygone era, by a mix of geometric lines and sleek art forms. VIEW MORE 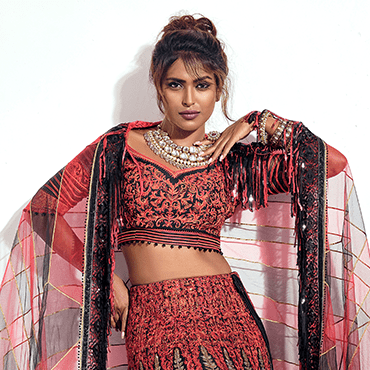 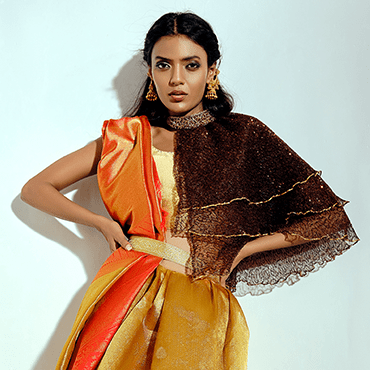 KANCHEEPURAM The power of Indian heritage through the fusion of contemporary designs. VIEW MORE

Give us a call or leave a message. Our experts will get back to you.

Discuss with us your requirements to help us serve you better.

Schedule an appointment with our experts as per your convenience.

Visit the store on the date of appointment to talk to our experts.

Back to top
We use cookies to ensure that we give you the best experience on our website. If you continue to use this site we will assume that you are happy with it.
OK, Got it

BOOK AN APPOINTMENT
Entry to the store is through booking only. Kindly fill the form to book an appointment.
WhatsApp us